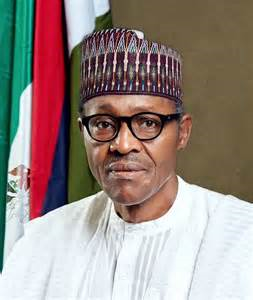 Very few people, if any, saw this long wait coming. There has been an unsettling wait for the composition of the executive council to work with President Muhammadu Buhari (PMB) as ministers. It is a settled fact that the Nigerian Constitution mandates the existence of ministers of government of the Federation, just as it provides for commissioners to work with state governors.

After elections are won and lost in Nigeria, many often look forward to appointments made by the president, for different reasons. Some of these reasons, as primitive as that may seem, are sharing of the spoils of office like in the days of military conquests as well as ‘settlements’ and ‘rehabilitation’ of those who lost out, contesting for different positions.

People want to know which of the political bigwigs got what or lost out. They want to know which of their own has been favoured in the sharing so they start looking for how they can ‘benefit’ through their prebend, in this our well-known practice of prebendalism. That is the feeling of an entitlement over and above every other person, to benefit from public resources simply because someone from your part of the country, your community, religion, social group or other close affiliation is the one in public office.

This particular point was the main reason, I dare suggest, we saw much for the many earlier discontent with the president for delaying to name his appointees. What does it take to appoint ministers in Nigeria after all? By the time a person becomes president-elect, he ought to already have an idea whom to appoint, knowing that his very close campaigners were not doing so as charity workers.

Somehow, PMB seems to have his uncanny ways of doing even the seemingly most mundane of things in a different manner, and in the process, he shocks even his close associates. After accepting funding from all (and you may add ‘and sundry’) to run his campaign, he told the same ‘all’ that he belonged to everybody and belonged to nobody. People started asking where the ‘everybody’ stood when some were supporting him and taking risks, financial and otherwise, for him to become president. Anyway, he is president now so he can bring his style to bear on his administration.

But the one style that annoys many Nigerians is this idea of going outside the country to announce key information about his government. While the discussion and permutations about when and whom he would, may or should appoint as ministers and other key officials continued in Nigeria, Buhari chose his visit to the US to announce that he will be appointing his ministers in September.

The good news is that the long-awaited September eventually came. And the slightly annoying news is that we were suddenly told that the appointment would come before the end of September! Technically speaking therefore, it is not until October 1 that Nigerians would be right to accuse PMB of failing in his promise. But I don’t think that really matters again. Even if he announces his list of ministers tomorrow, it is impossible to get those persons cleared by the Senate, as required by the Constitution, between Tuesday and Wednesday. So, the long-awaited ministers can only be in place in October, at the earliest.

What the above scenario means is that for all of four months, PMB has been somewhat on a solo run, defining what he wants done and how he wants that done. The good thing is that nobody can unduly blame his advisers for his actions since he has failed to appoint all the advisers, three months after he sought and got approval from the Senate to appoint 15 advisers. What is worse, we are without ministers. That we have gone on for four months without ministers is an aberration. The administration may not have shut down because of that though, but the Constitution must be upheld.

Once again, I am worried about the implication for any commencement of criminal proceedings by the Federal Government during this time when there is no Attorney General of the Federation (AGF)/Minister of Justice, since it is only the AGF who can commence such. I am equally concerned that a body as important as the Independent National Electoral Commission (INEC) is not properly constituted since the tenures of nearly all the 12 commissioners and the chairperson have expired. And the commission has two major assignments to carry out namely the gubernatorial elections in Kogi and Bayelsa States.

There is no doubt that PMB will eventually make these appointments, soon. And one prays and hopes that by the time he eventually makes these super-awaited appointments, the names and quality of the persons would be worth the wait. If not, he has the scathing criticisms of Nigerians to contend with. Trust us to say things like, ‘is this the best he could come up with after all the long wait?’