The power of obsession 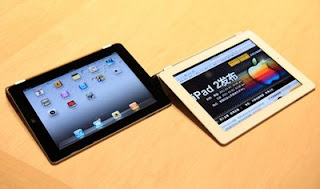 Today, Apple introduced “iPad 2” to the market and it has been all frenzy about people getting the product on the first day. One internet site described it as “a slimmer, faster, camera-equipped version of the sexy glass slab that singlehandedly launched the current tablet computing craze”.
I am listening to BBC and the station just spoke with a man on the queue in London waiting to buy the product. The prospective first-day buyer says he is told (considering the number of people on the line) he would be able to get it by 5p.m. (that is more than four hours away).
And guess how long he had been waiting in that line? Since 7a.m of yesterday. He spent the freezing night out there, with many other techno-obsessed folks like him. That means he has spent about 29 hours already and by the time he gets the wonder product, he would have spent one and a half days just to get a product that would flood the market in the days, weeks and months ahead anyway. That is the power of obsession.
And, oh, that is not all the price he paid for his obsession. While he was at it, he had to miss his son’s 12th birthday. Asked if he didn’t feel he had disappointed his son, he said, well, when he gets home eventually with the new product, his son would be free to play with the older version of the iPad he currently has.
What else can we be obsessed about in life?
Share:FacebookTwitterLinkedInWhatsApp