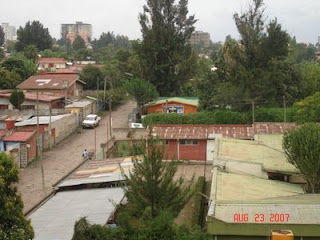 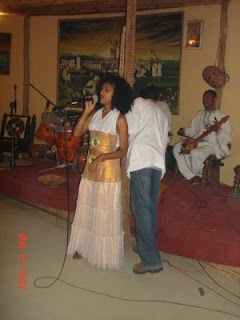 Seven years younger in Ethiopia
On a recent trip to Ethiopia, Obo Effanga found a country seven years behind the rest of the world and set to celebrate its millennium, just when memories of the 2000 celebration are fading from the consciousness of people in other parts of the world

Here is a rare and last chance to celebrate the beginning of the third millennium, especially for those who were not born, were too young or otherwise incapable of celebrating seven years ago. But you have to be in Ethiopia or an Ethiopian to do that. For Ethiopians, the turn of the millennium 2000 is coming more than seven whole years behind the rest of the world.

Make no mistakes, rather than see themselves as being seven years behind the world, Ethiopians say they are seven years better in their celebration, having had a much longer period to plan for this event which falls on September 12, 2007, in the Gregorian calendar. That date however is Meskerem 1, 2000, the beginning of the third millennium in the Julian calendar operational in that country.

The Julian calendar, introduced by Julius Caesar in 45 BC has 12 months of equal days and a 13th month of five days, (six days in a leap year). Ethiopians are quick to invite you to come enjoy 13 months of sunshine in their country!

Until 1582, the entire Christian world operated the Julian calendar until Pope Gregory XIII introduced the current calendar which did not receive total acceptance by all countries. In fact, Russia only changed to the Gregorian calendar in 1918, while Greece did so in 1923. Ethiopia remains the last country standing on the Julian calendar.

On a recent trip to Addis Ababa, the Ethiopian capital city to attend an ActionAid meeting, I was marvelled by the enthusiasm of every Ethiopian about the “Ethiopian Millennium”, right from the Ethiopian Airlines flight from Lagos. The in-flight magazine, Selamta, (July-September edition) not surprisingly is a special millennium edition and urges you to “catch the Millennium in Ethiopia”!

Public buildings in Ethiopia are bedecked in buntings of the green, yellow and red colours of the country, there are mementos everywhere you turn heralding the Ethiopian Millennium. Almost every piece of gift item you wish to pick is branded Ethiopian; something like “Proudly Ethiopian”, “I belong to Ethiopia”, “I am Ethiopian”, most of them written in Amharic language. I had to raise the issue with one of the shop attendants by telling him they could make more sales if they also offered a wide range of products advertising Africa, not just Ethiopia. He explained to me that this time they were celebrating Ethiopia specifically. The air is simply electrifying, despite its chilly weather and intermittent rain at this time.

To the credit of the citizens, they do not mix up the dates in their Julian calendar with those of the Gregorian calendar, which are both used side-by-side. The part I could not comprehend though was the timing. One of my ActionAid colleagues in Ethiopia told me something about the third hour of the day, supposedly 9:00 a.m and got me confused temporarily.

The planned millennium celebration was not the only noticeable thing about my visit to Ethiopia. There was also the very cold weather, and as I noticed from my hotel room and was later told by an Ethiopian, they do not have need for air-conditioners and fans in their country.

Looking for one of the thickest clusters of beauties (or beauty per capita)? Take a trip to Addis and be stunned with charming sights of shy-looking, svelte women, with dreamy eyes and men whose features could easily sweep the women off their feet. A proviso though, Ethiopians have a way of looking so much alike. Of course there were also the less than beautiful-looking ones too. Broadly speaking therefore you either meet a stunning beauty or a fright!

As the porter checked me into my hotel room, he asked of my nationality. When told I am from Nigeria he got so excited, asking, “you come from Nigeria? You come from Okocha?” Later that evening as I sit at dinner with a Malawian colleague, he raised the issue of the popularity of Nollywood across Africa, via the Africa Magic channel on Dstv. He specifically mentioned Desmond Elliott as a darling of female viewers in Malawi.

Still on Nollywood, other colleagues from Uganda, Zimbabwe, Zambia etc. demanded a tutorial on the West African, nay Nigerian pidgin so as to be able to enjoy Nigerian movies better. Soon I was explaining the meaning and roots of expressions like ‘abeg’, ‘oga’, ‘make we go chop’, ‘bros’, ‘wetin dey happen?’. Strangely, they admit that Nigeria is re-colonising the rest of Africa with Nollywood. And the fetish scenes in most of Nigerian movies? That was a long discourse better reserved for another piece.

Talking more about Ethiopia, I found communications rather restrictive with just one mobile telephone company and that, owned by the state. Unlike in Nigeria and elsewhere, GSM sim cards are not readily available and so you have to rent a sim at $3 per day and load it with airtime to use while you are in Ethiopia. The snag however is that sms or text messaging is not allowed. Imagine how frustrating that could be.

On a brighter side (compared to the Naira), the Ethiopian currency, the Birr exchanges to the US dollar at 9 birr to the dollar.

We were treated to a wonderful evening of entertainment at a traditional Ethiopian restaurant featuring live music and dance. Most of us non-Ethiopians who were attending the African Governance Team meeting of ActionAid marvelled at the ease with which the locals wriggle their shoulders along with the music. Sophie, from Uganda said put it succinctly that while the Ethiopians dance with their shoulders and neck, most of Africa did so with their waists, legs and backs.

An interesting observation I made in Addis was the Nigerian-like sights I witnessed. In fact the street where we stayed could pass for somewhere in Port Harcourt or Aba. Even the colour of the commercial vehicles are blue and white, like in Port Harcourt. But, were the taxis old? When last did you come across Lada cars and the kinds of Beetle cars we used to have in the early 70s? In Ethiopia, they are still to be found side by side newer cars and jeeps.

Perhaps, like they have successfully operated the Julian and Gregorian calendars in a unique manner, it may take many more years of the ancient and modern cars on Ethiopian roads.

Welcome to the past, as Ethiopia celebrates its third millennium! And as we were told on arrival, visit Ethiopia and feel seven years younger.