I truly do not like it when I have to write about an issue in our country and I have this déjà vu feeling that I already wrote about it in the past. That has been the recurring feeling every time one writes about the country’s budget proposals. One keeps thinking we have a bunch of obdurate public officials who could not be bothered about what we keep complaining about in previous budgets, when they come up with a new plan.

In my newspaper analysis of the 2014 budget proposal, I queried what I saw as an attempt to run our Presidential Villa (State House) as an integrated town with every facility within. I made that assertion because that year’s budget provided for the purchase of an embalming machine at the cost of N1.65m and a hydraulic post-mortem table at N4m for the State House Medical Centre. I criticised that proposal because I knew that a medical centre is not a tertiary hospital. It is not even a referral or specialist hospital.

While querying such morbid humour I submitted: “I am sure any such requirement for embalmment and post-mortem would not be routine and frequently required in a clinic in the State House and thus the said equipment cannot be seen as necessities. If and when such needs arise, referral could be made to larger state hospitals like the National Hospital”. This same query is still relevant today, as I will soon point out.

Fast-forward two years to 2016. We have a new government that arrived on the wings of “Change” but that change doesn’t seem to have touched the budget in some ways. After all the unnecessary drama about the budget proposal presented and the corrections to errors in them, the government finally uploaded the document on its official website for everyone to have access to. I must quickly add that the detailed budgets for the following sectors and agencies are not accessible on the website. 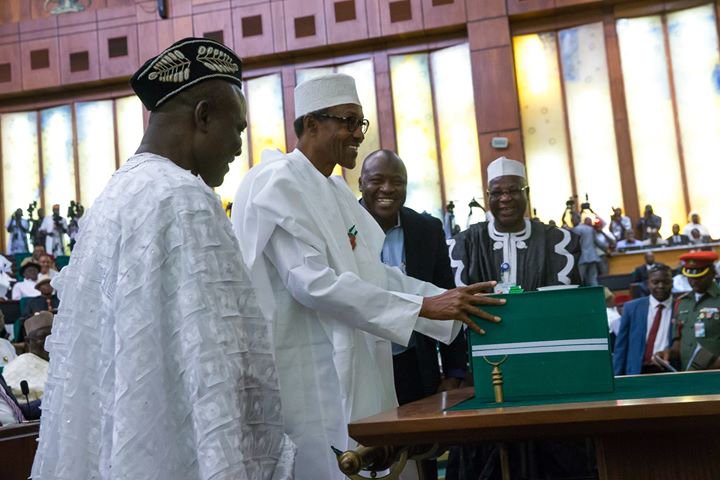 These are the Code of Conduct Tribunal; Ministry of Education; Ministry of Environment; Federal Capital Territory Administration and the Federal Civil Service Commission. My analyses and commentaries therefore do not include any spending in those areas. And here are some of the things I observed and have concerns for.

An area of immediate interest is the increase in the capital budget of the Presidency from N4.3bn in 2015 to N19bn this year. One would naturally want to know where the money is going to. Here are a few spending lines. Although there is a proposal to pay N3.9bn to Julius Berger for “annual routine maintenance of Villa facilities”, the estimates propose spending additional N1.8bn on rehabilitation and repairs of electricity work. The breakdown of this are for the upgrading of mechanical and electrical power line (underground) supplies to the state house N272.6; linking of cable to drivers’ rest room at the Villa admin, N322.4; linking of cable from guest house no.9 generator house to gate, N213.8; installation of electrical lightings and fittings, N618.6; electrical installation of distribution boards and other cables, N371.7; provision of stage curtains and electrical drive, N22.8 and installations of electrical materials and luminaries, N10.4.

There are still a few more budget lines that raise concerns for me, like the plan to spend N13.8m as an ongoing expenditure for the drilling of a 220 metre deep borehole at the State House Liaison Office in Lagos. Now, let us reason a bit more deeply here. There is public water supply in Lagos State that should ordinarily serve this liaison office. If the Federal Government must sink a borehole there in spite of the environmental concerns often raised by the Federal Ministry of Water Resources, need the borehole be up to 220 metres deep for a coastal city like Lagos, where the underground water level is high up, close to the surface? In fact, the State House in Lagos is on Marina. And all of N13.8m is going to be sunk into that borehole drilling, not as full payment. How much is the total cost meant to be?

While still at it, we plan to spend another N89m to purchase canteen and kitchen equipment and N115.8m for wildlife conservation in the Presidency. Both items are listed as “ongoing”, which means this is part payment for the item. It is worrisome because in 2014, I had queried the allocation of N8m to upgrade and maintain the State House Zoo in addition to the sum of N14.5m proposed then to purchase two beasts, all for the pleasure of its privileged patrons. I also observed then that we had budgeted N7.5m for wildlife conservation in 2013. So here we are three years later and the amount has jumped to N115.8.

Pray, what is it with our State House and zoo? Apart from spending on the zoo in Abuja, there is another budget for the rehabilitation of the mini-zoo in the State House Liaison Office in Marina, Lagos for N4.1m, as an ongoing spending.

Zeroing in on the State House Medical Centre, there is an interesting budget line, ongoing again, for the procurement of medical equipment worth N3.2bn. Such equipment was not specified though. When I saw this, I quickly glanced at the budgets for some tertiary hospitals to compare their budgetary allocations to that of the SHMC. Take the University of Jos Teaching Hospital where its total budget allocation is N5.9bn. That sum covers personnel, overhead and capital spending. Of that sum, only N228.7m is allocated for capital projects. On further probe, it turned out that the N108m of that amount would go to the procurement of equipment for the hospital’s IVF centre, which is commendable. But I am curious to know what need a teaching hospital in Jos has for a guesthouse and liaison office in Abuja to the extent that it plans to spend N30m in renovating that, from its meagre capital budget sum.

Similarly of concern is that the entire budget provision for the Abubakar Tafawa Balewa University Teaching Hospital, Bauchi is just N3.3bn, nearly equal to the cost of procurement of medical equipment alone for the State House Medical Centre in Abuja. In terms of catchment, the ATBUTH caters for the entire Bauchi State with a population of about five million, while the SHMC caters for a few hundreds and is not even a referral hospital, open to the general public.

Over the years, I have queried what I see as the creation of template containing budget lines for our annual budget and allowing each government office to simply populate them. I thought that the new government’s decision to adopt the zero-based budgeting mechanism was going to eliminate the irresponsible and unreasonable population of budget lines, without justifying each request for budgetary allocation. But I was wrong because I still see such budget lines as “welfare packages”; “sporting equipment”; “honorarium/sitting allowances”; “refreshments and meals” and “cleaning and fumigation” across virtually all the offices. This is just as we have huge sums allocated for health insurance and within the same office you see allocations for medicals and drugs.

Until someone defines what “welfare packages” cover in our public budget and who determines who gets a benefit from it, when, why, how and who determines the quantum of such payments, I will continue to criticise this and urge the government to stop it. Such funds are a clear opportunity for the chief executives of government agencies to spend money arbitrarily and without discretion, a template for “Dasuki-lisation”, even if at a smaller scale.

We can go on and on about some of these questionable budget items. The change would come when the drivers of the change sit down to consider a better template that would allow each office really justify what it plans for during the budget framing process, with input from citizens’ groups. One also hopes the National Assembly, which itself has questionable budget items, would do serious scrutiny before approving the budget. But if the members would only be interested in what is in the budget for them, we would be back to business as usual.

(Published on January 25, 2016 in The Punch Newspapers http://www.punchng.com/our-change-defying-2016-budget/)