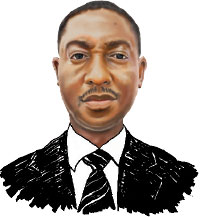 With the spate of terror attacks in our major cities, many citizens have again queried what happened to the security cameras that we invested huge sums of money to mount on major streets in Abuja. It was for an occasion as this that the cameras were installed in the first place. If they were really what they were promoted to be, those cameras should have captured critical moments where the criminal elements carried out their activities. I recall that in the wake of riots across Britain in 2011, many of the perpetrators, looters and other criminal elements were rounded up soon afterwards because the ubiquitous cameras in many public places had captured them. And all the law enforcement agents did was to match the photos with the database of citizens they had to know who they were.

So, it was not just the cameras that worked the magic, but the database which could be relied upon. In our case, even if the faces of the criminals were caught on camera, could we have matched them with anything? Ours is, therefore, what Fela Kuti’s song calls “double wahala for dead body” as neither the cameras nor the database are workable.

One reason Nigeria’s security challenges seem intractable is the lack of comprehensive database of citizens. As of this moment, we have no single database of all Nigerian citizens or residents, be they nationally or of any defined territory, even of small units like streets. Not that we have not made efforts to compile such data. Truth is, our efforts have never been properly thought out or intended to bring about the required result. The result is that we have, in the last few years, carried out several different, non-collaborative registrations that, on their own, are defective in content and form. Let’s take a look at a few examples. As response to the incidents of insecurity, sometimes perpetrated or aided through the use of mobile phones, government ordered all mobile telephone service providers to carry out compulsory biometric registration of all subscribers. But how did and do we ‘register’? It is quite simple. You walk into the registration centre, give them a name, any name and any address (correct, wrong or fake), have your passport photograph taken, do the fingerprint biometrics and off you go. Your data is ‘captured’.

Next is the driver’s licence application. You start the registration online and give whatever fake information when asked, go to the licensing office, take the passport photo and do the fingerprint biometrics and later you are issued the licence. You do the same when it comes to application for international passport, and life goes on.

But soon enough, the country introduced the national identity management system and began an elaborate citizens’ registration. You would expect that this particular exercise would form the very substructure for all other registrations. But that is not the case. For starters, the registration is limited only to persons who have reached the age of 18. So, if you are under 18, sorry, you are not yet a Nigerian; or better put, you are not yet a registered Nigerian. Does that make you an inchoate Nigerian? That is a good question for the National Identity Management Commission (NIMC) and the government that set up its mandate. Apart from the clear exclusion of under-18s, the NIMC registration follows the same pattern as the others, in that a registrant gives unverifiable information at the point of registration. This alone renders the entire exercise questionable and non-credible.

The other problem with our particular forms of registration is that it is doubtful if the biometrics data are really ever matched to identify double registration and to crosscheck consistency of information supplied. Maybe double registration on a particular platform such as voters’ registration is identifiable and penalised, but is it applicable on others, and raise queries if, for instance, the fingerprints match and the other details like name, date of birth and address are inconsistent or different?

What we require now is harmonisation of all the biometric databases and the expansion of the registration by NIMC to cover all citizens. The starting point is to ensure that every child born in any location, especially those in regular birth centres like hospitals and clinics, are immediately and compulsorily registered. NIMC registration officers should also be attached to the immunisation teams who make monthly visits across the country to immunise infants. We equally need adequate Geographic Information Systems (GIS) coverage across the country and proper address systems. Until we do that, Nigerians will remain anonymous citizens who cannot be traced.