More insights on the Code of Conduct Public Officers

It is not for nothing that the Code of Conduct for Public Officers, under the Nigerian Constitution restricted certain officers of state from maintaining and operating a bank account outside Nigeria. It was apparently meant to curtail any effort to siphon state funds or store away proceeds of corruption by those officers. The officers affected are the President, Vice -President, Governor, Deputy Governor, Ministers of the Government of the Federation and Commissioners of the Governments of the States, members of the National Assembly and of the Houses of Assembly of the States, and such other public officers or persons as the National Assembly may by law prescribe. 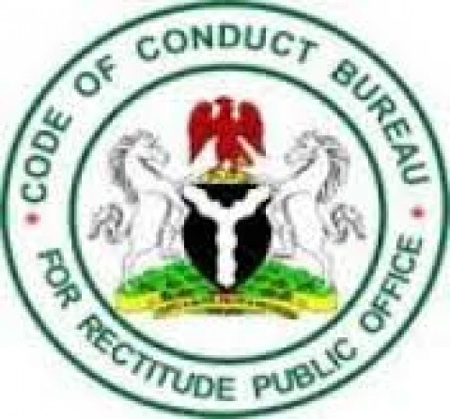 So let’s face it, can we say in certainty that none of the above officers has foreign bank accounts? And how come nobody has been prosecuted and jailed for this breach of the Constitution? Does it take too much of an effort for our security operatives and the Code of Conduct Bureau to confirm that most of the above officers are in breach of the Constitution? And in the event we agree that that provision of the Constitution is no longer practicable, given that many of these officers regularly travel, even for private purposes outside the country and may need such accounts for lawful transaction, then, the right thing to do is to expunge this provision from our Constitution. This would save everyone the stress and give no room for the so-called witch-hunting.

Paragraph 6 of the Code makes interesting provisions related to a public officer receiving property, gifts and benefits. There is no doubt that one of the reasons public officers fail in their duty to serve everyone equally is because they get compromised through gifts, favours, advantages and other benefits in the course of doing or failing to do a thing, using their official positions. It is to avoid this situation that the Code makes specific stipulation against the receipt of such.

It states that a public officer shall not ask for or accept property or benefits of any kind for himself or any other person on account of anything done or omitted to be done by him in the discharge of his duties.  That means it is criminal for a public officer to as much as accept a ‘tip’, ‘dash’, ‘appreciation’ or whatever name we use to euphemise those gifts demanded or offered in the course of any transaction or interaction between public officer and others. So, when a legislator is sponsored on trips by businesses or even state agencies they provide oversight on, they are acting criminally.

With such criminal mindedness, many public officers are very bold with their breach of the Code of Conduct, apparently taking advantage of our weak system that fails to ensure adherence. Recall the highly embarrassing disclosure in 2012 that a federal legislator collected money from the Securities and Exchange Commission (SEC), an agency he and his committee had oversight functions on, to attend a conference in the Dominican Republic and ended up neither attending the conference nor returning the money.

For the avoidance of doubt, the provision states that “the receipt by a public officer of any gifts or benefits from commercial firms, business enterprises or persons who have contracts with the government shall be presumed to have been received in contravention of the said sub-paragraph unless the contrary is proved”. It is a notorious fact that many construction companies, as contractors to governments, have been involved in constructing private homes and other property for government officials or their interests. In our recent history, a construction company built and delivered a new, modern church building to replace an older one in the village of a sitting president.

The provision however allows a public officer to only accept personal gifts or benefits from relatives or personal friends to such extent and on such occasions as are recognised by custom. This may therefore allow a public officer to receive gifts from close friends and relatives during birthdays for instance. But it would certainly be a breach where, as we have seen severally, businesses, state agencies etc. heap huge material gifts on public officers and their families during weddings or other events of those persons.

In its proviso, the paragraph states that where a public officer receives gifts or donations at any public or ceremonial occasion, such gift shall be treated as a gift to the appropriate institution represented by the public officer, and accordingly, the mere acceptance or receipt of any such gift shall not be treated as a contravention of this provision.  That being so, it follows that the gift should be retained by the office and not the officer. But we see our public officers receiving all sorts of gifts and appropriating them, contrary to the laws.

No doubt the Code of Conduct for Public Officers has the template for curbing corruption and abuse of office/privileges, if only we lived by it. There are still more areas to focus on this beautiful Code as I continue this analysis.