Last Friday provided us another opportunity to remember our military men and women who died for the country in various conflicts and wars over the years. It also allowed us an opportunity to stand in solidarity with the troops still standing up to defend us. Apparently, some of those who died over the years died avoidable deaths and for any of such deaths, the best memorial would be to unravel the circumstances of their deaths and deal with every criminality involved. Only then can we have a real closure for such cases and for their families. 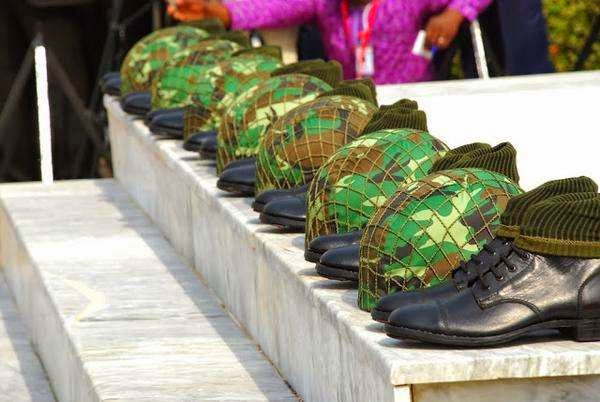 As proof of the needlessness of their deaths, that same Friday, the nation received another shocker as to the depth of rot that our military administrations had been in the recent past. The statement from the Presidency, revealing the findings of a panel that investigated procurements by the military in the recent past further traumatised a people already shocked about what has so far been brought to the open on what is now called the #Dasukigate.

As the news broke, it reminded me of the picture painted by Lt. Gen. Salisu Ibrahim (retd.) who on retiring as the Chief of Army Staff in 1993, regretted the rot, politics and indiscipline in the Nigerian Army which reduced it to what he referred to as “an army of anything goes.”

Whether the Friday revelation was intended for good effect or it was mere coincidence, the release of a statement by the Presidency on January 15, the day our country marked the Armed Forces Remembrance Day bore some significance. For several weeks, many of us had been carrying our poppies on our chests in remembrance of our fallen heroes and in solidarity with our troops at various battlegrounds. On Friday, there were various discussions about how Nigeria had not supported and recognised our gallant soldiers enough.

In fact, I have particularly been surprised of late that more and more Nigerians know nothing about Nigeria’s Armed Forces Remembrance Day on January 15 or even the poppy pin ups that many wear about that time. I recall how surprised I was in January 2015 when many people thought the poppy I wore had to do with enlightenment about the then upcoming general elections, since they noticed many public officials and television presenters had it. And they also knew I was passionate about raising awareness about the elections.

That was how I spent time educating otherwise educated and enlightened people about the poppy and Armed Forces Remembrance Day. And to think that in the 1970s and up to sometime in the 1980s and early 1990s, the Armed Forces Remembrance Day and the poppies were still very popular. In fact, you could pick up the poppies so easily from military personnel who sold them at street corners. They even brought them to schools, church premises and everywhere else they were sure to meet a crowd to patronise the sales.

But today, you will struggle to see it sold anywhere. In fact, in the last two years, I only saw and bought the poppies at the Transcorp Hilton Hotel while I went for meetings. It therefore makes the identification with the troops an elite’s thing. Little wonder that many seem to identify the pin up as something to do with government officials. What is it with our undue elitism in this country? Why isn’t the poppy readily available in neighbourhood shops just like the ubiquitous “recharge cards”? After all, the soldiers we honour and remember with the poppy are people who served the entire country.

In some other countries of the world, the poppy is seen everywhere when they have their remembrances. In the UK, citizens have gone beyond individual pin ups. I have seen wreaths and remembrance emblems designed for and used on cars and on doors and windows of houses. Some families even design memorial wreaths in their flower gardens in front of their houses, especially for specific family members who died as military personnel. Members of the military are simply regarded as heroes. But in Nigeria, we hardly do so. No doubt, the military, especially their top echelons have not always helped matters by not showing a high level of discipline and patriotism.

Otherwise, how could one explain the cases of massive corruption that have now been exposed within the military administrations? The details are sickening and show a putrid system which stench can suffocate any sound mind. I recall the rot that was exposed in the military, especially during the last few military regimes, particularly the ones headed by Ibrahim Babangida and Sani Abacha. The revelations at the Human Rights Violations Investigation Commission otherwise called the Oputa Panel, were so unbelievable that we thought then that we had reached the nadir of our humanity.

The dog-eat-dog attitudes of the military officers in the previous military governments were horrifying enough. They are not justifiable in any manner but could at least be explained away as a no-limits-recognised effort by military men to outwit one another in order to achieve their selfish gains of career growth and access to political positions. But the more recent revelations show a callous sell out of compatriots and comrades to a criminal organisation attempting to supplant our country. In simple terms, this was treason.

So, while the country suffered attacks upon attacks by the criminal and beastly terrorist group, Boko Haram, very high-ranking military and security officials, paid for and maintained by our resources, were feeding fat and growing pot belly while sending our troops to war with no weapons, limited weapons or defective weapons and equipment. In the process, not only were our troops slaughtered, civilian population and whole towns and local government areas were taken over by criminals. Yet, our military top brasses were sitting pretty, enjoying their loot and lying to us.

It seems however that the criminal minds in the military and security agencies were not acting alone. They had their similarly criminal-minded and evil counterparts among the civilians inside and outside government as co-conspirators, if all the revelations are factual. Just imagine the number of deaths, mostly avoidable, our country has harvested in the last few years from the attacks of the insurgents while some people who should have acted stood by, sharing our patrimony and common wealth, meant to equip our military to defend us.

We always knew and stated that the country had failed us, but more particularly those slaughtered, orphaned, widowed or those displaced from their homes or their livelihood destroyed. Among the victims were the children who were killed in their schools especially those in Buni Yardi as well as the Chibok girls abducted in their school. Until we unravel those incidents and punish perpetrators, we would still have failed the victims and there would be no closure.

And talking about non-closure, that is what happened when President Muhammadu Buhari met with the parents of the abducted and still missing-without-a-clue Chibok girls the day before the Armed Forces Remembrance Day. At the end of the meeting, the parents and the members of the Bring Back Our Girls group left the meeting, more disturbed.

I equally wonder how the families of some of our military men would be feeling now, knowing that their loved ones might still be alive today, had those in authorities not been greedy. And the revelations of outright theft show that many in authority just didn’t give a damn about the rest of us. They were obviously feeding on the blood of innocent citizens and the blood has stained the hands of those officials and their co-conspirators. The least we can do as a people is to ensure the speedy trial and conclusion of these allegations as the best form of justice and closure on this chapter of our chequered political history.

Until we bring the criminals to justice, until we ensure that systems, laws and policies are in place to prevent recurrence, we would not have brought a closure to our wounded hearts. The usual expression at our remembrance events is “never again”. We can only give that pledge a meaning if we resolve all doubts and all crimes that have kept our troops and the entire citizens in harm’s way.

(Published on January 18, 2016 in The Punch Newspapers http://www.punchng.com/memory-remembrance-and-closure/)