Enter motor forget wetin them write for the bodi 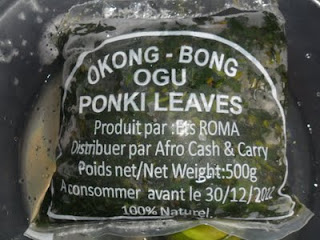 There’s a streetwise advice in Nigeria, rendered in as funny a manner as any street grammar can possibly be, urging people to focus on the utility of something, not the packaging. In Nigerian pidgin, it is said, “make you enter motor forget wetin them write for the bodi”. It probably comes from the days when owners of (long distance) buses and trucks would write religious and philosophical expressions on the vehicles. Some of those expressions were controversial or likely to be misunderstood, like “man die go”, “God punish dem all” or “life is war”. I must not forget one of the most popular ones that says, “To be a man is not a day’s job”. In practice it was written “a day job”.

It was possible therefore that some prospective commuters would have, out of courage of conviction, opted not to get on some of those vehicles. But given that there were often too few of the vehicles and the few often had (potentially) controversial words of wisdom, the streetwise person knew it was better to hop on the next available bus than be worried about what message the bus was carrying.

I was recently confronted with that choice here in Brighton as I bought packaged fresh pumpkin leaves to prepare a meal. The product was branded in three languages that I could identify as or suspect to be Efik, Igbo and English (in that order). It was called “okong-bong” (apparently it was “ikong-ubong” in Efik); “ogu” (that must be “ugwu” or “ugu” in Igbo) and wait for this, “ponki leaves” (pumpkin leaves in English).

But hey, I wasn’t buying the name was I? I was buying ikong-ubong or ugwu/ugu or pumpkin leaves, by whatever name it was called. Like a rose by whatever name, you would say.

Okay, this is NOT about what I cooked and how, so don’t think I am going to talk about that. The proof of the pudding is in the eating right, so invite yourself over.